Three students currently at Morrison Tech decided to leave their job in order to gain skills that will allow them to start a new career with a future. They were motivated to jump off life’s treadmill, leave their average dead end job and change direction in their life in order to advance their education and gain a better life for their family. Three of our current non-traditional students are Charles Lange, Michael Herrera, and Christopher Nordan. Each of these students had to make a difficult decision but all three saw the light at the end of the tunnel, a promising future.

Charles Lange worked rotating shifts at a local Iowa factory. After speaking with several coworkers, the common theme became clear to him – “Time will pass you by unless you make a change.” Charlie saw Morrison Tech as an opportunity to gain training in a specialized construction field, ensuring him a better life for his wife and three young children. He is now in his second semester and on track to graduate December 2018.

Michael Herrera started college right after high school, but due to 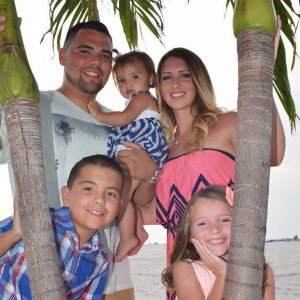 extenuating circumstances he had to drop out. He found himself working factory temp job after factory temp job with no future. After being stuck working in Dixon at a cement factory for a year and with his wife’s encouragement, he decided to go back to school. His goal was to get an education with which to advance himself.  Michael chose Morrison Tech since two of his uncles had already found success as graduates of Morrison Tech and were currently employed by IDOT and RND Thiel.  He also was drawn to the teaching styles of Morrison Tech which focuses more on hands on learning rather than solely lecture style. His goal is to become a construction engineer technologist with a graduation date spring 2019. 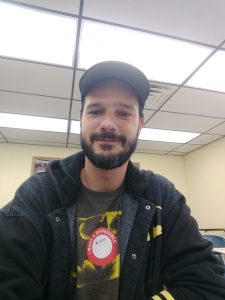 Christopher Nordan joined his father in the family business straight out of high school. After the business closed, he found himself working swing shifts at a local factory. His girlfriend encouraged him to get an education, saying, “You are too smart to work for other people.” Determined to be a good example for his son, Chris decided to enroll at Morrison Tech in the field of network administration. He plans on getting an IT job at a factory in Sterling after he graduates spring 2019.

Morrison Tech offers careers in engineering technology, mechanical and construction, as well as a career in networking . In two short years these students will change their vocation and have a future full of possibilities. Career advisors at MIT will aid you in finding applicable summer intern positions,  as well as provide a lifetime resource for job placement in the field of your specialty.