The time I spent at Morrison Institute of Technology was a very important part of my career development. The fundamentals of practical applied learning of engineering technology that was available at that time was so key on providing the working knowledge that was significant in moving me forward throughout my career. Upon graduating from Morrison Tech, I worked for several different firms

During my career I have had the opportunity to work on several large civil projects in the Quad Cities (IA/IL).  However, the most exciting and unique project I was a part of was the Space Shuttle Launch Site at Vandenburg Air Force Base in California. I also have had the opportunity to work on a very controversial development project in Reno, Nevada. This project ended up going to the Supreme Court.  Fortunately, we (the federal government), won the case. It was pointed out to my commander that one of the principle reasons we won the case was due to my detailed documentation of the issues that arose and my attention to facts regarding the project. 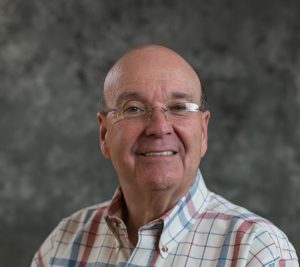 I recently visited the campus of Morrison Tech and was amazed at the changes since my enrollment.  At my time of attendance housing was in double wide trailers or the option of living in the Fraternity House.  I chose the Fraternity House because of cost as well as the addition outside activities it offered. Our classroom was an arrangement of portable buildings linked together, the parking lot was gravel and the cafeteria was vending machines. There now is not a sign of the trailers or portable buildings that hosted the classrooms.  Instead stand a two story dorm, the Rambo Building which houses the general education classes, a Tech Center where I found the newest cutting edge programs, an Administrative building and a Rec Center named “the barn”. Along the way Morrison added another program; Network Administration

Despite the bare bones appearance of the college when I attended in 1970-71, the faculty was excellent along with the outstanding education I received. Again looking back on those days we had none of the technology that is available today but what we had was “state of art” for that time. I remember taking my first computer class there, Fortran. I can only imagine what a high degree of educational experience is being provided today.

I am currently retired from Federal Service. I am consulting, working on many mining projects and conducting the environmental resources due diligence under NEPA (National Environmental Protect Act) for a client. I presently sit on the Nevada State Conservation Commission and am the District Director for the Washo-Storey Conservation District.

I am always grateful to Morrison Institute of Technology for the base knowledge I received allowing me to obtain the many career positions I have held thus far.