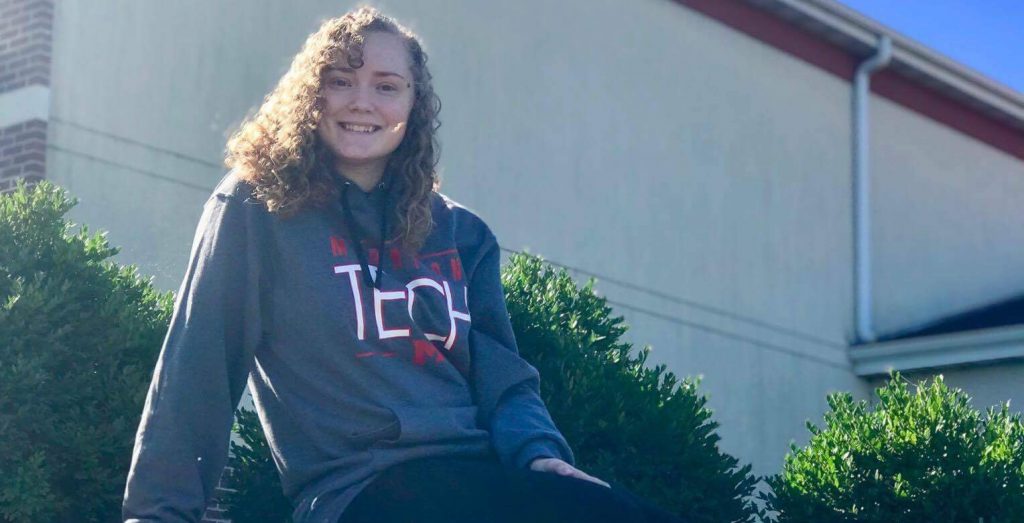 As I began my senior year of high school I was still confused as to where I would like to go to college. I had grown up in a small town and went to a small school my entire life. I was not very interested in attending a large college where I would be just a number and receive no one on one time with Professors. Mid-way through the first semester of my Senior year I had decided that I wanted to go into Networking. Sadly, at that time, I had only found one potential college that offered networking and I did not feel like I had another option.

I remember the first day I had found out about Morrison Tech. I was sitting at my kitchen table looking through my emails. I had received an email from Morrison Tech telling me about visit days and their programs.  I decided to check out their website and I immediately fell in love. It was a small school that offered only 3 programs and Networking happened to be one of them.  I talked to my parents about visiting and they agreed we needed to get on campus. I set up a tour and waited for the day to come.

The day of my visit is one that I will carry with me forever. I live 3-½ hours away and working with the Admissions Director we found the best route and were on our way.  Once I arrived at Morrison Tech I was greeted by the Admissions Director and felt at home immediately. We talked about the drive, my High School, activities and my family. She shared stories of her family and sending her children through college.  I am the first to attend college and this took much of my nervousness  away.

After a breakdown of programs we started the tour. The campus is beautiful! We started out in the Barn, a student recreation center. Then we headed into the dorms, which I thought were awesome because they have their own kitchen and bathroom. They’re like a small apartment. Plenty of room and privacy. We then visited the Tech Center where I saw the different labs and classrooms I would be in. It was exactly what I wanted - hands on.  The Rambo Center was our next stop. I saw all of the general education classrooms. I was surprised and thrilled at the small class size!  The college was what it appeared to be on their website, there was no misrepresentation; I felt I could trust them.   I felt comfortable that I would receive the education and career they noted.

I suggest that you tour Morrison Tech.  Whether it be a Visit Day or a Private Tour, you will realize that this is a college that sincerely cares about their students.  They are there to make you successful.  You will soon realize that you will become part of the Morrison Tech family.

Overall, that day was amazing. I found a school that I was in love with and had exactly what I had hoped for. It has become my new home and family for the next 2 years and I couldn’t be any happier about that.