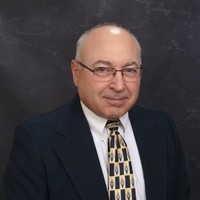 One week after graduation I was at Navy boot camp and spent 4 years of active duty with 2 war cruises to Vietnam on the aircraft carrier USS Midway CVA-41 working in Operational Intelligence with a top secret crypto clearance. Very nerve racking but also exciting. Became a CNC applications and Manufacturing Engineer for several major US and international companies and have been in industry for over 40 years. I own my own Engineering consulting company as well as work for Toyota Engineering as a Sr. Manufacturing Engineer utilizing my experience to train young engineers in the programming, operation and setup of sophisticated CNC equipment and have developed and instituted 6 detailed curriculum's thus far.

We were all trained in trailers at that time and most of the students lived in trailers set up as dorms. I lived at home in Erie, Il. and commuted. At that time we could take either morning or afternoon classes. I chose mornings and worked the afternoons at a grain dryer sales office designing grain drying installations. The Erie Coop grain drying facility is my design

My current position is with the Learning and Development group of Toyota Engineering where I have developed training curriculum's, training manuals and hands on class room training in CNC programming, operation and setup of sophisticated CNC equipment. I am using my 40 years of manufacturing experience as an engineer and engineering consultant to train newly graduated Toyota Engineers how to be manufacturing engineers in the automotive environment.