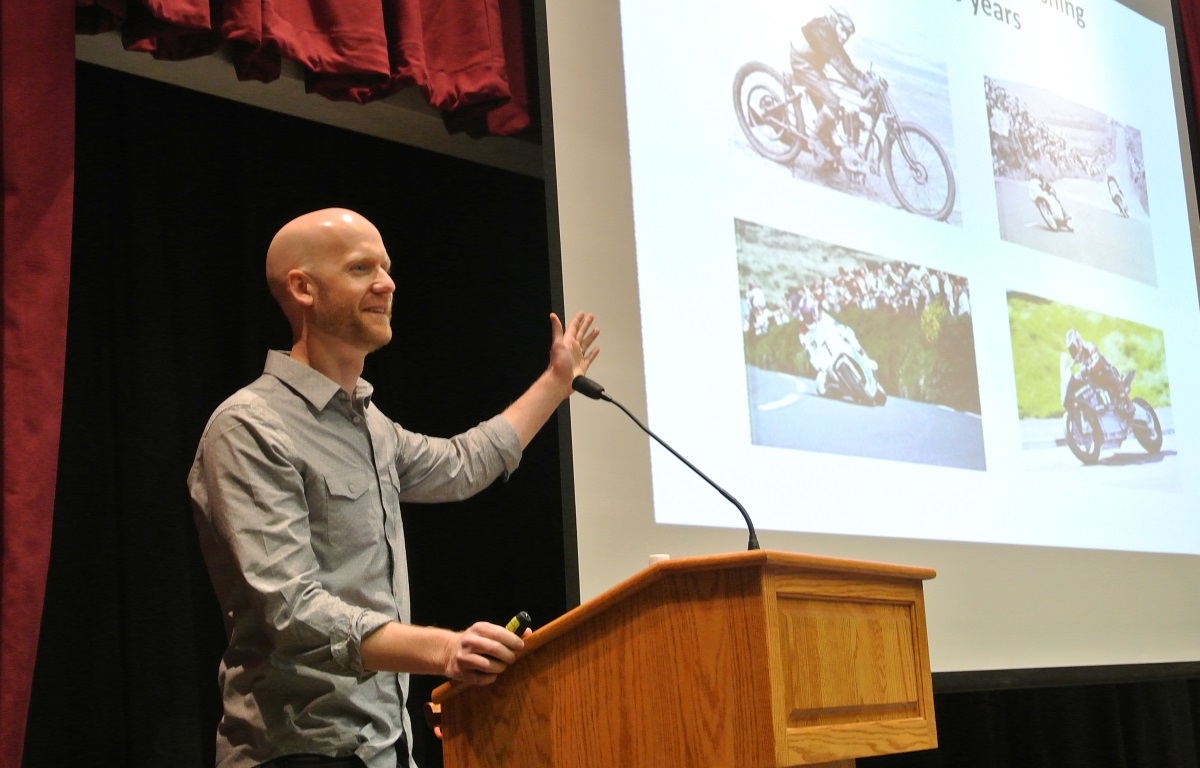 A designer of electric motorcycles used in the world’s oldest and most dangerous motorcycle races will talk about his work at Morrison Institute of Technology’s Parkinson Auditorium on Monday, Oct. 24 at 1 p.m. The public is invited.

During the presentation, Lennon Rodgers, a native of Sterling, IL, will describe the process of designing, building and testing electric motorcycles for the Isle of Man Tourist Trophy (TT) Zero race and more recently the Pikes Peak International Hill Climb (PPIHC). The TT is the oldest existing motorcycle race (established in 1907), and is known for high speeds, more than 200 sharp turns, and danger to the rider. PPIHC is a similar age, shorter distance, but with more extreme mountain conditions.

“These demands created a challenge to engineer machines capable of finishing the entire course on a single battery charge in the fastest time possible,” Lennon said. “The design process consisted of systems engineering, subsystem design, final system design, testing, and model validation. Real-time sensing provided a rich data set that was used to validate the models; it was found for the TT that the models were able to predict the acceleration, maximum speed, and energy consumption to within 10% of the actual values.”

Lennon earned his Ph.D. and M.S. from the Massachusetts Institute of Technology (MIT) and B.S. from the University of Illinois at Urbana-Champaign. All the degrees are in mechanical engineering.

He is currently a research scientist at the MIT International Design Center in Cambridge, MA where he leads the Electric Vehicle Lab. Previously he worked for three years at NASA’s Jet Propulsion Laboratory. All of his research is related to engineering education and modeling, designing, building, instrumenting and testing complex systems ranging from spacecraft to electric vehicles.